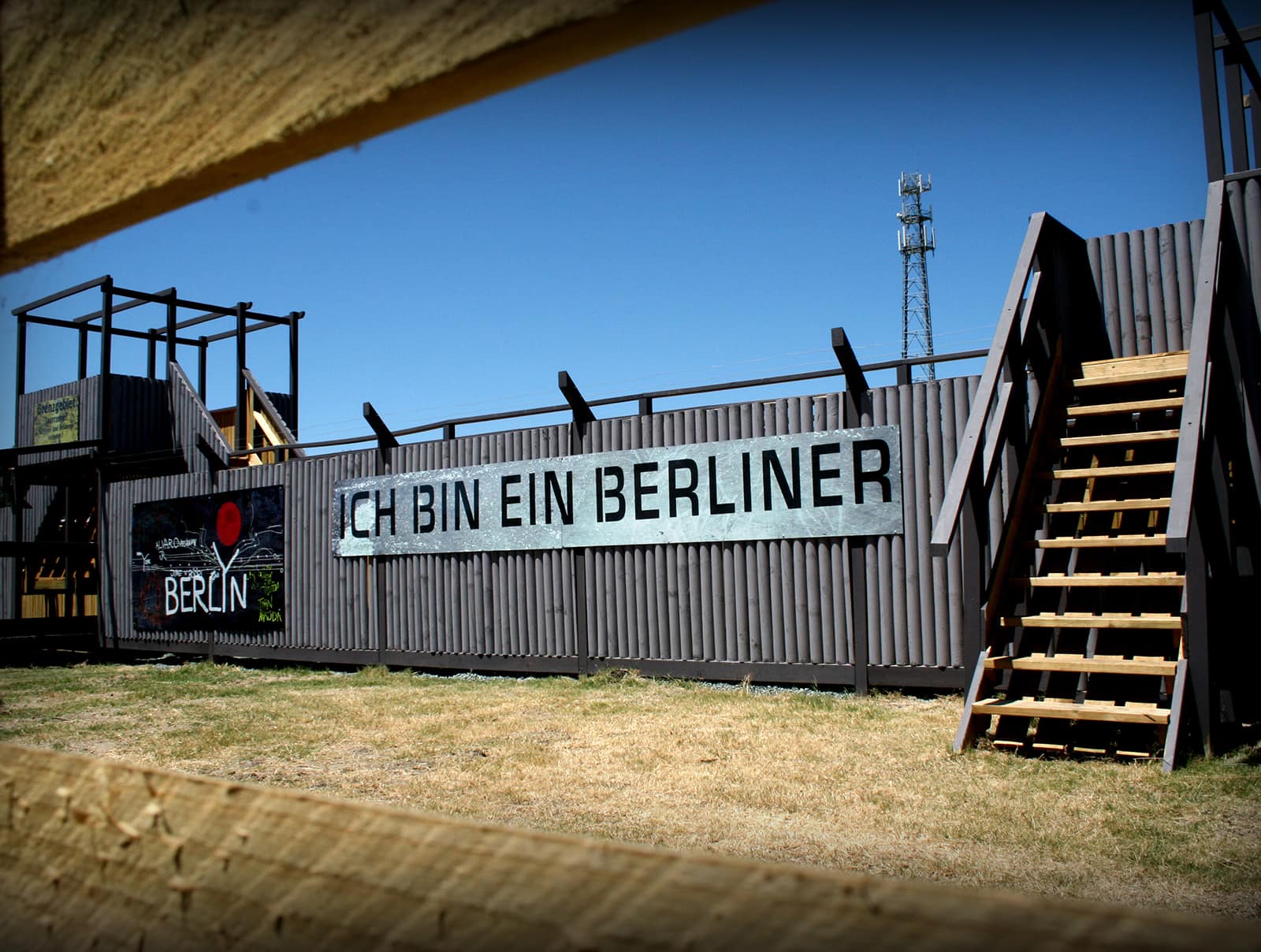 Many years of guerrilla warfare and constant civil unrest against the corrupt and oppressive government has left the city scarred. The people are distressed and unruly, and are ready to attack at any moment. In an effort to control the mounting rebel forces, the tyrannical government has hired private military contractors to build a fortified wall through the city in an attempt to separate the wealthy and privileged from the poor and oppressed. With tensions high, your mission is to unite a once divided populous under one banner. You must successfully attack the wall, bring it down and claim back the city for the people.

In this game the Allies and the Soviets start from bases on either side of the central Berlin Wall. The objective is to storm the wall and capture the flag located in the centre of Checkpoint Charlie. Once the flag has been captured it must be taken to the enemy’s base on the far side of the wall in order to win the game for the people!

If the flag carrier is shot while carrying the flag, it is immediately returned to the starting point (the centre of Checkpoint Charlie) and the battle begins again!