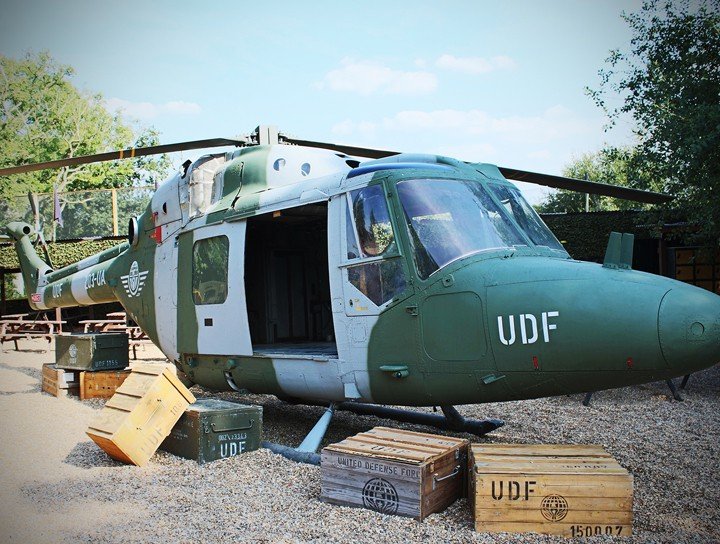 October 3, 1993. Operation Gothic Serpent - in the heart of the Somali rebel riddled region of Mogadishu. As you and your unit move silently through the back streets deep into hostile territory, you hear an explosion overhead – an allied Black Hawk helicopter has been hit by the enemy and has crash landed just up ahead. Miraculously the pilot has survived and has activated his distress signal. Your mission is to move your unit quickly through the streets towards the downed helicopter, rescue the injured pilot and escort him to safety before the enemy take him in for 'questioning'.

The Insurgents have one goal – to assassinate the downed pilot and parade his body through the streets in celebration. The Navy Seals have another idea – they will risk life and limb to save their fallen comrade and transport him safely to the extraction point. The Navy Seals must move fast, as the pilot suffered a serious injury during the crash and only one more shot will spell his demise.

The Navy Seals are supported by superior technology, and as such they have unlimited lives. To rejoin the mission after being shot the Navy Seals must touch the re-spawn point which is marked by a bright yellow barrel. The Insurgents only have one life and once eliminated they must make their way off the playing field and assemble in the designated dead zone.

The pilot is in urgent need of medical attention; however, he cannot leave the helicopter for the first one minute of the game while he fights to get free of his harness. The Navy Seals have 20 minutes to transport him safely to the extraction point.

The boundaries for the game zone are marked with yellow boundary rope. Any player crossing the boundaries and outside the game zone is considered to be eliminated and must go to the designated dead zone. The dead zone is marked in red and will be indicated to all players at the beginning of the game.

The game will last 20 minutes with a brief break out on the field before the second round starts. Please ensure you take enough ammunition with you to last for two games as you will not return to the safe area in between the two games. Once the games have been played with both teams taking turns at being Navy Seals and the Insurgents, we will return to the safe zone for a longer break prior to playing the next game zone.