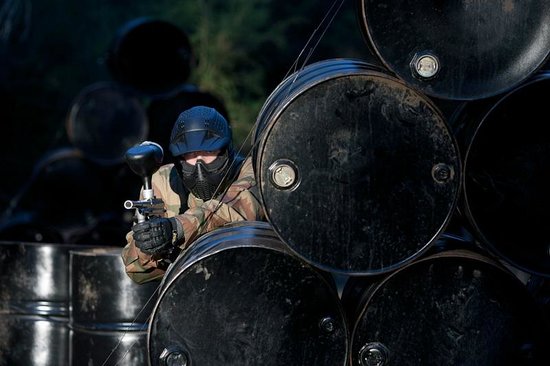 The World is a changing place and is controlled now by who has the biggest oil reserves. It's Tuesday 6th of June 2002 the US marine force have landed at the Chabahar port in Afghanistan as part of the retaliation of 9/11 assault on the country. They have been met by a fully armed militia of Afghan soldiers. The Marines must take control of the dockside and oil reserves before the next wave of the assault commences. The Marines need to fight their way across the field eliminating all militia fighters along their way.

The mission in this game zone is as simple as it gets: shoot out all opposing players before they shoot you! It’s total annihilation! The team who eliminates all members of the opposition wins the game. Once a team player has been eliminated, they must make their way off the field and assemble in the designated dead zone.

The game will last for 15 minutes with a brief break out on the field before the second round starts. Please ensure you take enough ammunition with you to last for two games as you will not return to the safe area in between the two games.

Once the games have been played with both teams taking turns starting from either end, we will return to the safe zone for a longer break prior to the next playing zone.