Play paintball in Surrey with Delta Force Paintball South West London! There are two world class paintball centres in Surrey both with state-of-the-art, movie-set quality game zones to explore with your buddies! It’s suitable for anyone over the age of eight, so it’s a fun activity the whole family can enjoy! Set just a few miles off Junction 10 of the M25 motorway, our South West London and Surrey Paintball centres are really easy to get to and ideal for paintball fanatics living in South West London! And with both set in the gorgeous, leafy area of Effingham, it makes a truly beautiful setting to spend your day.

Delta Force Paintball South West London offers customers seven exciting game zones to explore with their friends, from Viet Cong Village where participants need to trek down the Ho Chi Minh trail teeming with hostile villagers, Zombies' Crypt where your mission is to exterminate the enemy that is hidden within the haunted graveyard, Mad Murphy’s Jungle Attack where an injured airman needs rescuing from deep inside the tropical rainforest, Castle Wallenberg featuring a large two-storey wooden fortress complete with sniper tower, London Apocalypse which features double-decker buses set in the abandoned capital and The Berlin Wall, which features a complex wall that divides the city and Chemical Alley where the war for oil knows no boundaries! 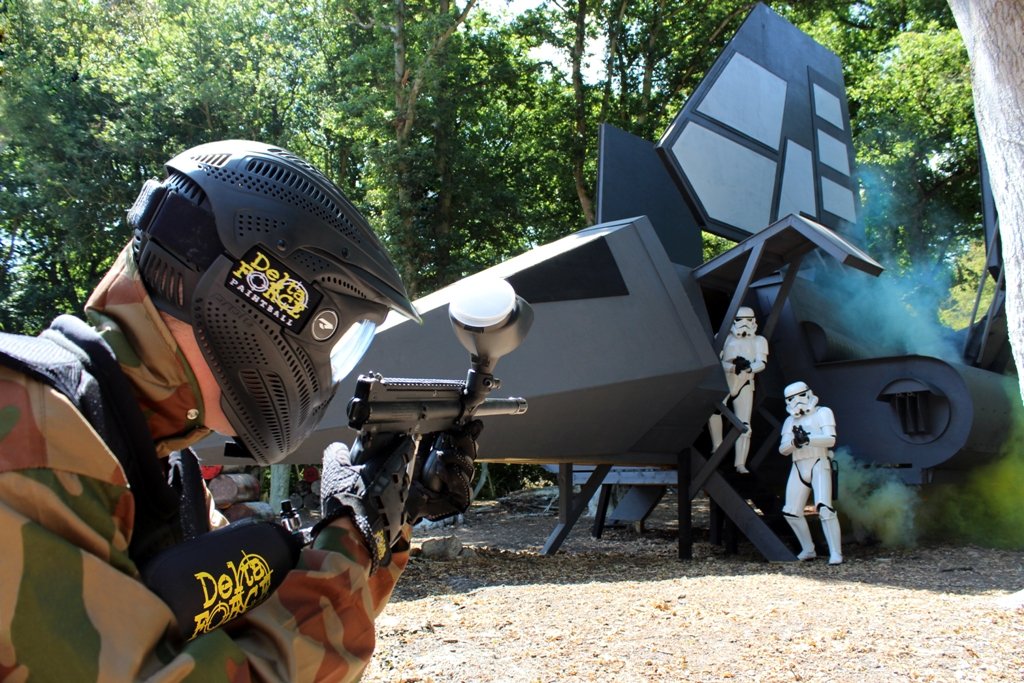 TheSurrey Paintball Centre recently received a whopping £100,000 centre refurbishment and alongside this introduced a brand, spanking new game zone called Space Warz. Based on an iconic film series, the intergalactic game scenario involves seizing control of the enemy flags and gaining access to the blast doors, battling ground troops and imposing ‘scout walkers’ along the way! This woodland battle holds the key to winning the war; winning here will send the evil Empire into hysteria! However, being on such a large landscape, it won’t be an easy mission. Who will prevail in this intergalactic battle? Good or evil…?

Other popular game zones at the Surrey Paintball Centre include: London Town which features several red London double decker buses, houses of Parliament and London taxis, Tomb Raider which is home to a giant stone pyramid with tunnels and statues, Viet Cong Village which features thatched huts surrounding a central sniper tower and Chemical Alley a fast and furious game of Speedball. Players can also use a range of pyrotechnics while out on the battlefield, from smoke grenades and paint grenades to MK5 Thunderflashes!

If you’d like to find out more about Delta Force Paintball South West London, or to book your paintball event with us, call the bookings team on 0844 477 5115*