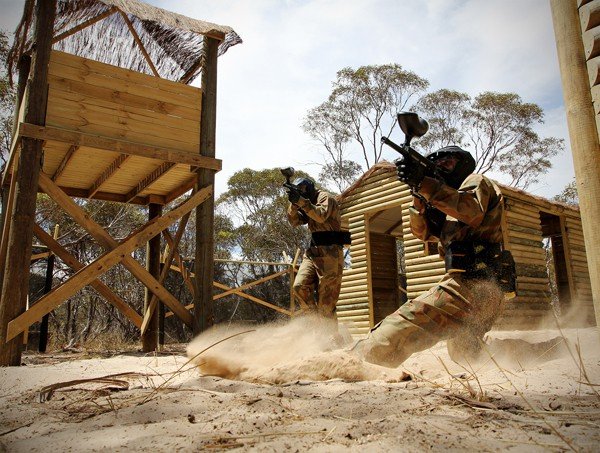 The Ho Chi Minh Trail was not just one trail but a series of trails used by the North Vietnamese as a route for its troops to get into the South. They also used the trail as a supply route – for weapons, food and equipment. The Ho Chin Minh Trail ran along the Laos/Cambodia and Vietnam borders and was dominated by jungles. In total the ‘trail’ was about 1,000 kilometres in length and consisted of many parts.

The ‘trail’ consisted of dummy routes that served the only purpose of confusing the Americans but was, in places, 80 kilometres (50 miles) wide. It is thought that up to 40,000 people were used to keep the route open. The natural environment gave the trail excellent cover as the jungle could provide as much as three canopies of tree cover, which disguised what was going on at ground level. The American response to this was to use defoliants – the most famous being Agent Orange – to kill off the greenery that gave cover to those using the trail. However, while large areas of jungle were effectively killed off, the task was too great and the Ho Chi Minh Trail was used for the duration of the war against the Americans in South Vietnam.

At several key points along the trails, they merged into clearings and settlements, which were hotly fought over, as control of these was key to keeping the supply lines open – the Americans wanted to shut them down, and the VC would do anything to keep them flowing.

Each side would regularly send out squads of soldiers to patrol through and seize control of these settlements, as they battled for control of the Ho Chi Minh trail.

Both teams enter the game zone from opposite ends, and must fight to occupy each structure within the compound. Once inside a hut, they must repel the enemy until the time limit is reached, - a player inside a hut at the end of the game scores points for their team.

The boundaries for the game zone are marked with yellow boundary rope and any player crossing outside of the boundaries is considered to be eliminated and must then go to the designated dead zone.

The dead zone is marked in red and will be indicated to all players at the beginning of the game.

The Game will last for 10 minutes, a brief break will occur out on the field and then the second round will start, please ensure you take enough ammunition and pyrotechnics with you to last for two games, you will not return to the safe area in between the two games.

Once the games have been played with both teams taking turns at being Marines and Guerrillas, we will return to the safe zone for a longer break prior to the next playing zone.