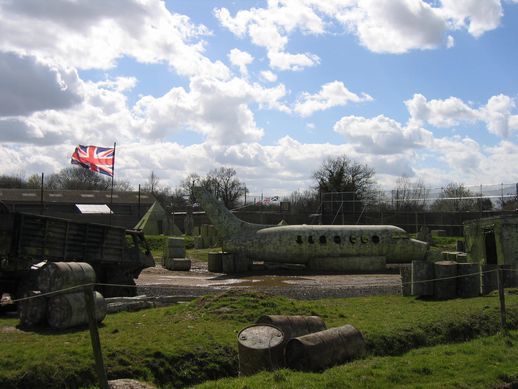 Counter-terrorist FBI Agents have arrived at the scene of the grounded jet. Armoured Personnel Carriers and expertly trained counter-terrorist operatives surround the plane but the Hijackers and an unknown number of hostages remain onboard. No demands have been made as of yet but orders have just come in from the top - you must storm the aircraft immediately and free the hostages before it’s too late.

The Hijackers have landed the aircraft and are looking to refuel before making their demands. Their true intentions remain unknown - for now. The FBI Agents have strategically positioned APCs along the runway surrounding the plane in an attempt to stop the Hijackers from taking off. Both teams must battle for territorial supremacy - can the Hijackers clear the runway and make their escape or will the FBI Agents successfully bring an end to their treacherous plans?

There is a total of four key control points to seize control of. Each control point is signified by a flag pole. The FBI Agents must battle to raise their yellow flag; the Hijackers must fight their way down the runway to raise their black flag. Two points are awarded per flag that is raised at the end of the 20-minute game.

Both sides are renowned for their deadly-accurate marksmen, so be warned that each player only has one life. Once eliminated each player must make their way off the playing field and assemble in the designated dead zone.

The game will last 15 minutes with a brief out on the field before the second round starts. Please ensure you take enough ammunition with you to last for two games as you will not return to the safe area in between the two games. Once the games have been played with both teams taking turns at being FBI Agents and the Hijackers, we will return to the safe zone for a longer break prior to playing the next game zone.