Is Zayn Malik about to join the Delta Force Paintball team?

Fortunately for Zayn, Delta Force Paintball was more than happy to offer him an interview for work at one of our UK paintball centres. 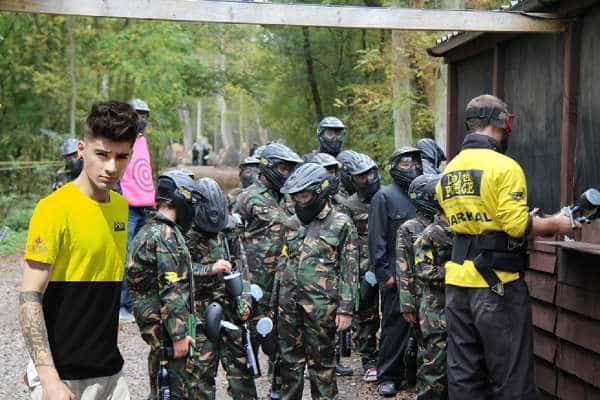 Zayn on the job in his marshal uniform

Centre manager Otto Sconser had the following to say:

"Zayn's a great guy. Some people really struggle with the less glamorous tasks such as collecting litter, but Zayn here took to it like a real natural. He absolutely loves picking that litter up."

Zayn's decision to leave One Direction came as a shock to many fans, with parents worldwide struggling to console their emotionally distraught teenage daughters.

One excited female fan, Sarah, had this to say:

"When I heard the news about my bae Zayn, I was an emotional wreck. I refused to eat for hours and didn't even have the strength to draw my eyebrows on"

"I feel better now I know where he works. He looks well fit in that marshal uniform. I'm gonna come down here every day to stare at him until he remembers waving at me that one time"

Delta Force Paintball would like to wish Zayn every success for the future and fully supports his new direction in life... even if this direction is a bit different to the previous direction...

If you are looking for a great day of paintballing action, feel free to give our events coordinators a call 24 hours a day on 0844 477 5115*. Not only can they answer any questions you may have, they can also organise your booking over the phone.