A popular getaway destination for celebrities, the staff at North West London Delta Force Paintball centre welcomed the latest A-listers to come and enjoy an exhilarating day of paintball fun over the weekend.

Linda Lusardi, the actress and former glamour model, is an instantly recognisable face in the world of television drama, having featured regularly in Brookside, The Bill and Emmerdale. She has also toured the Reality TV competition circuit, including ‘Dancing on Ice’, ‘Celebrity Come Dine with Me’ (which she won) and ‘Celebrity Masterchef’. Along with her actor husband Samuel Kane, who has likewise made the leap from Brookside to Emmerdale via Coronation Street, they visited the 5-star centre in Hemel Hempstead to celebrate their son Jack’s 14th birthday. 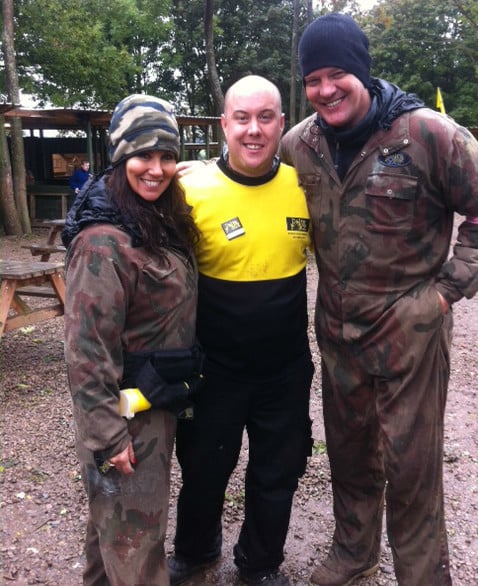 Set on the site of a sprawling WWII U.S. Air Force base – now long since abandoned, thankfully – the family and their friends experienced the eight awesome game zones that are on offer. From the heavily guarded complex of Vietcong Village to the movie-quality props of Black Hawk Down, everybody got stuck in despite the bad weather and came away laughing! 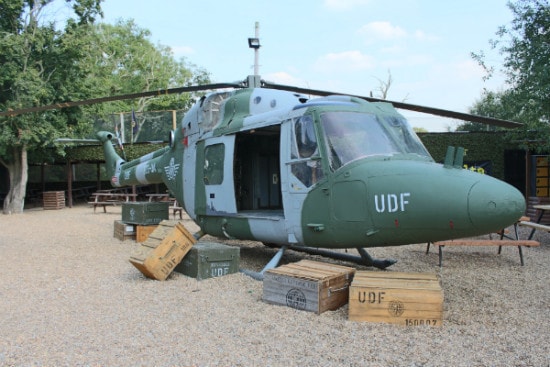 The couple have also been starring in various pantomimes across the country for over two decades, sixteen of which have been together on stage! The Panto chemistry is clearly still there, as they star in the Northampton Royal and Derngate Christmas production of Sleeping Beauty, for which Samuel both directs and takes the role of the Henchman, whilst Linda reprises the role the Wicked Witch.

To book your own drama-filled day at the North West London paintball centre, contact our friendly booking team today on 0844 477 5115*