Welcome back to the Delta Force Cobham Paintball Centre for this special edition of our Downing Street Fighter series!

If you’ve been following us over the past fortnight you’ll know that David ‘Cam-Lie’ Cameron was crowned Downing Street Fighter Champion on UK General Election day following an epic paintball battle with Ed ‘Red Ryu’ Miliband.

Tonight however, he faces his toughest challenge yet. Delta Force Paintball’s resident Terminator has challenged the Conservative leader to a winner-takes-all battle to the death. It promises to be some occasion at our flagship centre in the rolling Surrey Hills!

David Cameron vs The Terminator

Cam-Lie has just arrived at basecamp, but there’s still no sign of the Terminator. He may be a futuristic killing machine, but his timekeeping leaves A LOT to be desired! He said he’d be back hours ago. Wait... what’s that? It looks like a motorbike in the distance. Here he comes now on his Harley Davidson Fatboy!

Oh dear, Cam-Lie looks like she’s instantly regretting her decision to accept this challenge. Maybe she’ll feel better once she’s got her protective headgear and body armour on. After a short safety briefing from the Delta Force Paintball marshals we’re ready to get the action underway.

The first round will be played in one of Delta Force Cobham Paintball Centre’s most popular game zones – Space Warz. Modelled on the legendary Star Wars franchise, Space Warz pits the Rebels against the Evil Empire. Naturally Cam-Lie will be representing the latter here. 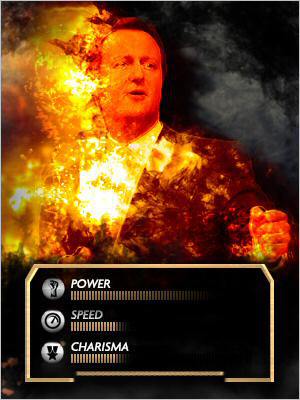 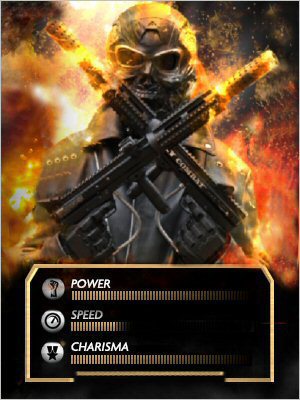 We’re underway! Cam-Lie immediately heads for the huge imperial shuttle and hides. You’re not going to win with cowardly tactics like that Cammy! Your objective is to protect the shuttle and stop the Terminator from seizing control of the flags. What’s happened to the cocky, arrogant Cam-Lie of previous rounds?!

Oh hang on. We’ve just spotted the Terminator and he’s carrying two BT4 Combat guns. No wonder Cam-Lie’s worried. Those bad boys can fire up to 13 paintballs in a second! Cam-Lie could be in for a long night if the Terminator clocks her!

Cam-Lie seems to be preparing a pile of smoke grenades and flash bangs. Maybe she can distract the beast and sneak a few shots in his direction! The Terminator has been known to concede defeat and donate his weapons to worthy opponents in the past. Maybe Cam-Lie can appeal to his better nature?!

Here goes the first grenade... and it’s a good shot! Smoke is bellowing out and consuming the Terminator! Cam-Lie has a real opportunity here. She needs to strike while the Terminator is still disorientated. In go the flash bangs! Cam-Lie has the Terminator dancing around the game zone like a cat on hot coals!

The Conservative leader can smell victory now. All she has to do is stand firm and protect the shuttle. But what’s this? Like a phoenix from the flames the Terminator has emerged from the mist and he doesn’t look happy! His eyes have gone red. That’s never a good sign...

Cam-Lie is cowering inside the shuttle walls and appears to be using her (once white) brown pantyhose as some sort of flag of surrender. This is embarrassing. Stop making eye contact with us please Cammy. You have a wife and three children.

Here goes! The Terminator has raised both his semi-automatic paintball guns. Regulars at Delta Force Paintball will know that can only mean one thing – he’s ready to engage in a fight. I hope you enjoyed your Downing Street Fighter title while it lasted Cam-Lie, ‘cos you’re toast!