It’s no secret that Delta Force has always been the celebrity’s choice for paintball – over the years we’ve had hundreds of famous faces grace our centres ranging from supermodels such as Elle MacPherson, pop stars such as Peter Andre and professional sports teams such as the MacLaren Formula One team and Manchester United FC. Last week, David Nugent from Portsmouth FC, came down to Delta Force Paintball in Southampton for a day of paintball action. David and his mates had a great day of paintball and left with smiles all round - suffice it to say that we’ll probably be seeing them back soon! 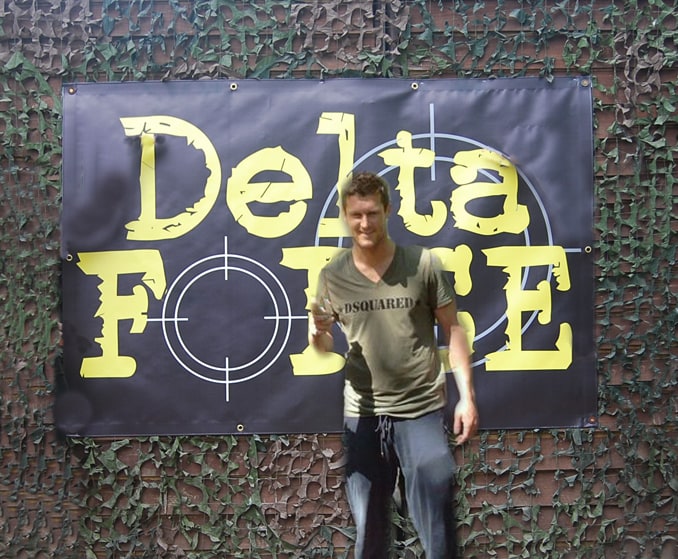 David began his football career at an early age and managed to get himself a place at the Liverpool youth academy at the age of 15. David has played for a number of Championship and Premiership teams including Bury, Burnley, Portsmouth and he even made his debut for England back in 2007.

We would like to thank David Nugent and his mates for choosing to play paintball with Delta Force.