Delta Force Paintball, known for it’s movie set quality game zones, has just purchased 4 GIANT Soviet-era military trucks and a genuine Scud missile (on it’s vast twin-engined rocket launcher).  The trucks and the scud missile featured in the 007 movie - ‘Tomorrow Never Dies’.  Delta Force Paintball’s Manager of Centre Development, Adam Leadbetter said “this is a real coup for Delta Force, it is believed to be the only Scud missile in private ownership in the UK, and to come complete with a convoy of Soviet trucks as well is absolutely incredible – and as for the 007 movie provenance – wow!” 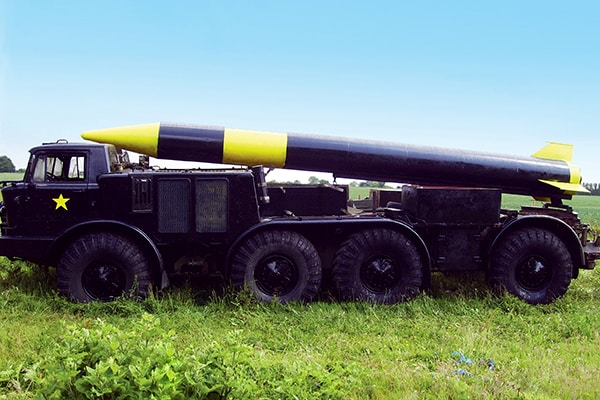 The Scud missile, on it’s launcher, is now in place at the Delta Force Paintball centre in Hemel Hempstead, and the convoy of Soviet trucks has been put in place at the NEW Delta Force Paintball centre in Maidenhead.  Anyone looking to acquire a sneaky Scud please be advised it’s been deactivated – sorry Osama. Let's get the party started and book your day out now by visiting the paintball booking page or calling our events team 24 hours a day, 7 days a week on 0844 477 5115*.