The 31-year-old heartthrob - who first appeared in the popular soap in 1996 - was visiting the centre with family and friends, fresh off the back off another dramatic storyline involving the shooting of his on-screen brother Robert. 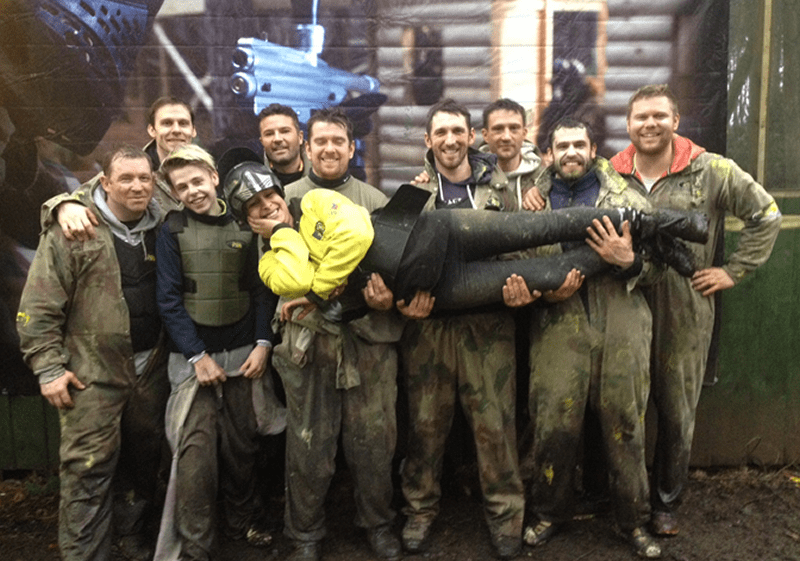 Kelvin's appearance comes just weeks after fellow soap actor Ryan Thomas (otherwise known as Corrie's Jason Grimshaw) also paid a visit to our Manchester Paintball Centre. In fact, the centre is fast becoming a 'must-visit' in celebrity circles, with A-listers such as Wayne Rooney and Rio Ferdinand choosing it in the past.

Perfectly positioned just just off Junction 13 of the M60, the Manchester Paintball Centre is ideal for paintball players from the surrounding areas of Salford, Swinton and Eccles. The centre is home to six mind blowing movie set game zones - including Gold Rush, Zombies' Crypt and the ever popular London Apocalypse - and offers mini paintball for players between the ages of 8-10.

Do you want to play in the same game zones as these soap stars and sporting celebs? Booking is easy! Simply call one of our friendly event coordinators on 0844 477 5115*. Alternatively you can visit our booking page to request a callback.