Delta Force Paintball has raised £5159.95 for the Normandy Veterans Association to help send surviving D-Day veterans back to the beaches of Normandy to attend a ceremony commemorating the 65th Anniversary of the landings on 6th June 2009.

The fundraising effort was part of a national campaign called ‘The Overlord List,’ appropriately name after the codename given to the D-Day landings.

Delta Force Paintball raised the money over an eight-week period by way of contributions from our customers – both at the time they booked their paintball games and through collection tins at paintball centres.  Members of staff also participated in other fundraising events including a sponsored bungee jump and head-shaving.

A Delta Force Paintball spokesperson said the amount of money raised in such a short time showed the strength of feeling, and depth of gratitude, felt by our paintball players and staff to the heroes of 65 years ago.

“The heroism shown by the men and women involved in Operation Overlord was absolutely incredible,” the spokesperson said.

“Our customers and staff have shown that we remember the sacrifices they made to preserve our freedom, and that we remain deeply grateful to all those involved.

“We are delighted to have been able to play a small part in the final success of the Overlord List appeal which has now raised more than £500,000 – enough to send all 552 surviving D-Day veterans who wished to attend the ceremony back to the beaches for what may be the last large-scale commemoration,” she said. 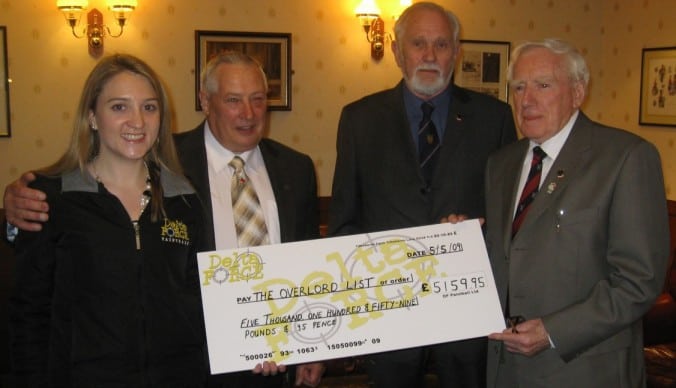