As two of the most famous comic book superheroes in history, we think it would be awesome if Batman and Spiderman battled it out paintball style at a Delta Force Paintball Centre. We’ve picked out the best in both characters to explore their paintballing potential and crown our winner… 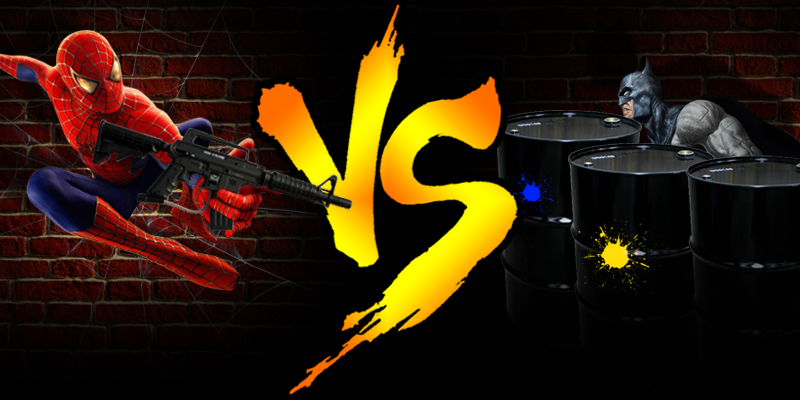 Batman arrives in basecamp and patiently listens to our safety brief, turning his M16 replica upgrade over and over in his hands. He mumbles something and disappears to prepare, ready for the battle ahead. Spiderman is nowhere to be seen - maybe Venom got to him first? His timekeeping skills certainly leave a lot to be desired. Batman is starting to fidget in the trees!

The webbed wonder is finally here, and there’s not even a chance to shout go before the game kicks off! The paintballs are flying in every direction and Spiderman’s costume is starting to look a bit messy already! 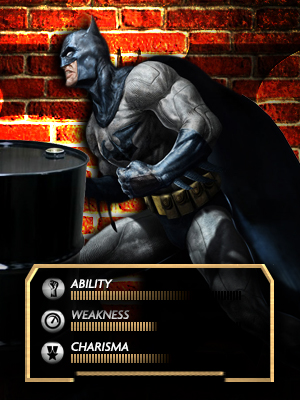 In everyday life, Batman is wealthy businessman Bruce Wayne. He avoids suspicion by playing the act of a superficial playboy.

Not only does Batman have the stealth of an acrobatic martial artist, but his detective skills let him find his prey without any problems. His use of high tech equipment, armour and weapons is the perfect combination to avoid and survive any attack!

Not many, but if his allies turn against him, he’s got problems. 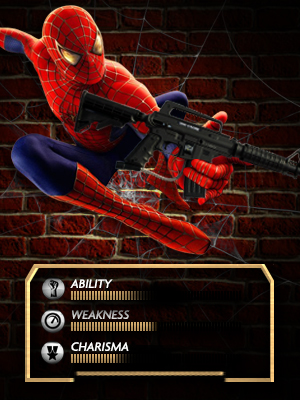 Peter Benjamin Parker - the slightly nerdy photographer that gets the girl. He simply avoids suspicion because nobody would ever think he had it in him!

His superhuman strength and lightning speed mean that Spiderman is agile enough for just about anything. His night vision, spider sense and ability to stick to solid surfaces mean that he can make use of his surroundings to defeat his enemy!

Prone to mutation, if he’s caught out by his attacker it could lead to destruction!

The game begins. Batman immediately heads straight for Spiderman, using his high intelligence to sneakily outdo him. The pair duck and dive to avoid one another’s shots and score some points themselves. Spiderman isn’t making life comfortable for Batman, using his renowned agility and stamina to swiftly move out of the firing line and dangle from his web to mock his opponent!

Batman quickly retaliates, deflecting every shot with escapologist expertise. The master of stealth is turning this into a hunt for Spiderman! But it isn’t going to be that easy for Batman, as Spidey silently creeps above him, hiding in his surroundings and pummelling him with paintballs when he least expects it. He’s caught off guard and Batman locks him in sight as he tries to escape!

Spiderman’s stamina is wearing thin and Batman is outsmarting him - throwing flashbangs in his direction before switching hiding place. Spiderman moves to a higher vantage point, but Batman has already relocated. The master of stealth is shooting from a completely new direction. Spiderman reaches for the trigger but he is all out of paint! Batman fires a few final shots, leaving Spiderman covered in colour and his head in his hands. Batman cleverly saved his last bit of ammo available for the perfect moment!

Fancy yourself as a superhero?

Visit your nearest Delta Force Paintball Centre now and test your superpowers in the game zones! Give our events team a call 24/7 on 0844 477 5115*. We look forward to seeing you.