At the heart of every Delta Force Paintball centre is a safe, comfortable and well-equipped basecamp. It's where you try-on all your kit, store your valuables, enjoy the lunch break and where you can relax between games.  The basecamps all have proper flushing toilets operating on mains water, and have covered seating areas as well as lockers available (for a nominal hire charge) for the safe storage of car keys, mobile phones, wallets, jackets, paintballs and so on. 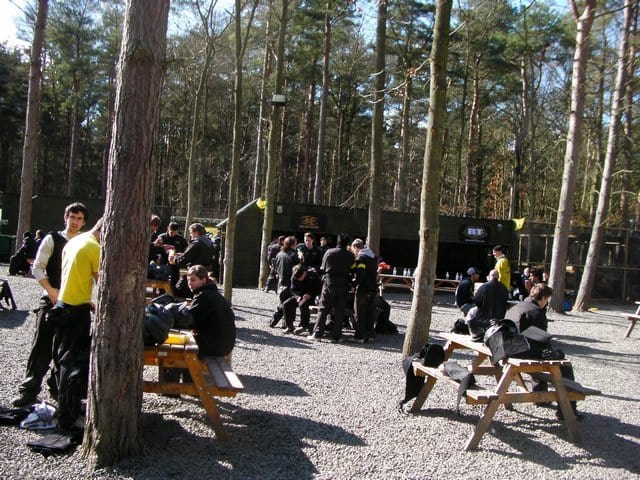 The sunny basecamp of Delta Force Paintball in Newcastle

The basecamps at Delta Force Paintball centres feature an amazing assortment of themed-props. For example, we have recently purchased the only Scud missile in private hands in the UK – complete with a giant Soviet launch vehicle.  The Scud has a celebrity provenance in that it appeared in the 007 movie Tomorrow Never Dies (together with the convoy of trucks that form the ‘Border Crossing’ game zone at Delta Force Paintball in Berkshire – see game zones). 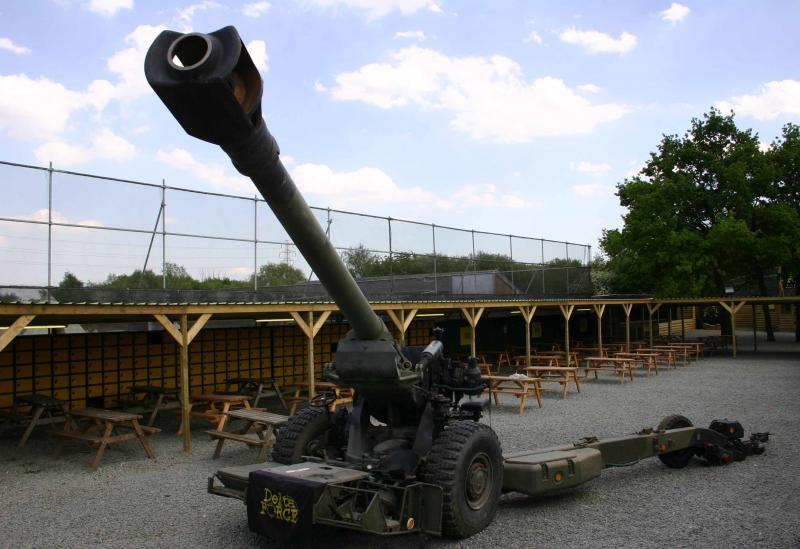 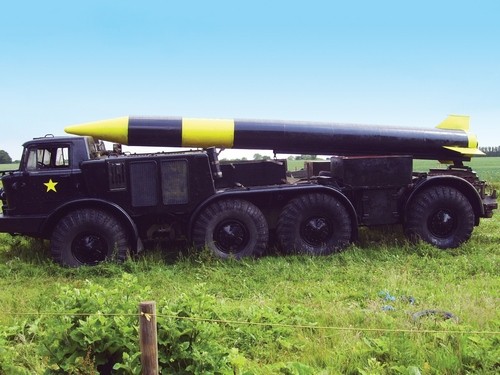 Another ‘star-turn’ is the crashed helicopter we purchased from the set of ITV’s ‘Silent Witness’, it greets players as they arrive at Delta Force Paintball in Surrey and usually causes quite a stir because it's wired for sound, contains a theatrical smoke-machine, and has a couple of skeleton pilots hanging out of the cockpit. 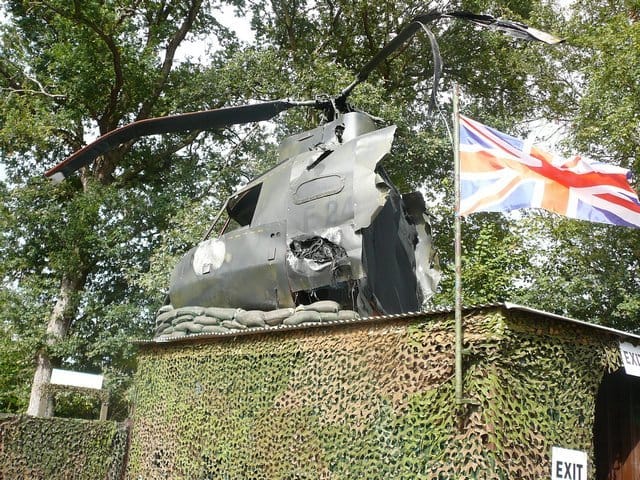 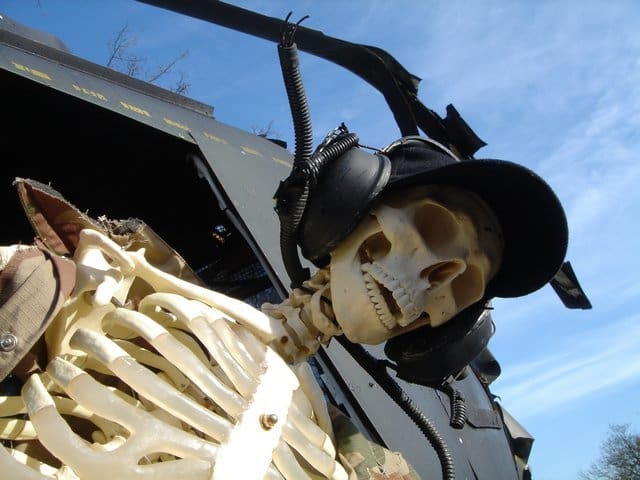 Sadly, the pilot and co-pilot did not survive the impact.  Hasn't stopped them smiling though!

At Delta Force Paintball in Leeds the basecamp is dominated by another massive Soviet-era missile on it’s 1950’s Red Army launch vehicle.  This ensemble was formerly the personal plaything of a Soviet General who would sit astride the missile waving from it at the crowds during military parades.  These days it is clambered all over by younger players, and employed in a predictable manner by Stag Parties looking for a humourous photo of the groom. 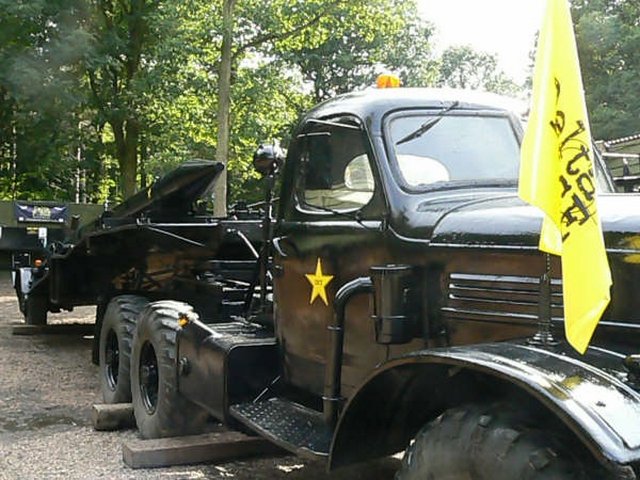 A genuine cold-war era Soviet Missile, truck and launch platform.  Line all the kids up on the missile for a memorable photo!  Now at Delta Force Paintball in Yorkshire.

We also have an immense armoury of howitzers and other artillery pieces.  All of which are rendered entirely safe and unserviceable (lest anyone was thinking of pinching one to settle a few scores with the neighbours). 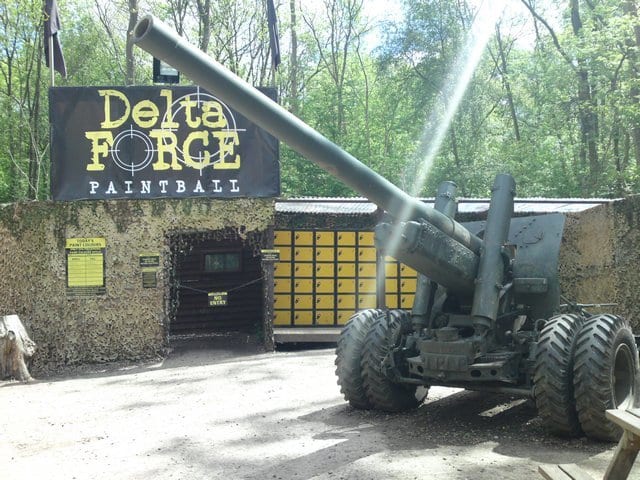 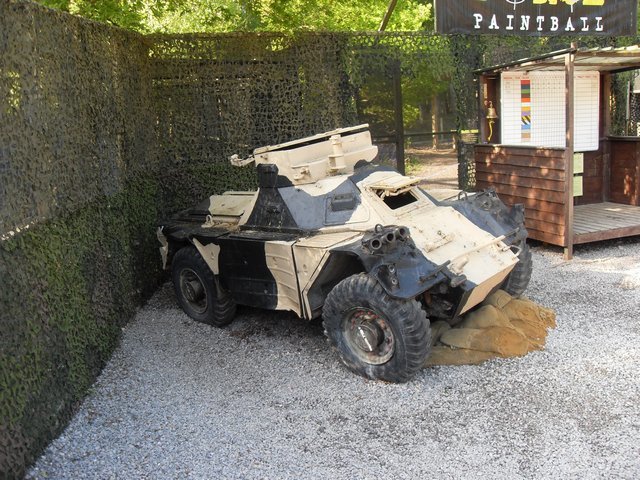 All Delta Force Paintball basecamps feature a fully stocked shop (selling paintballs, grenades, armoured gloves, food and drinks) that is manned throughout the day should you need any assistance. 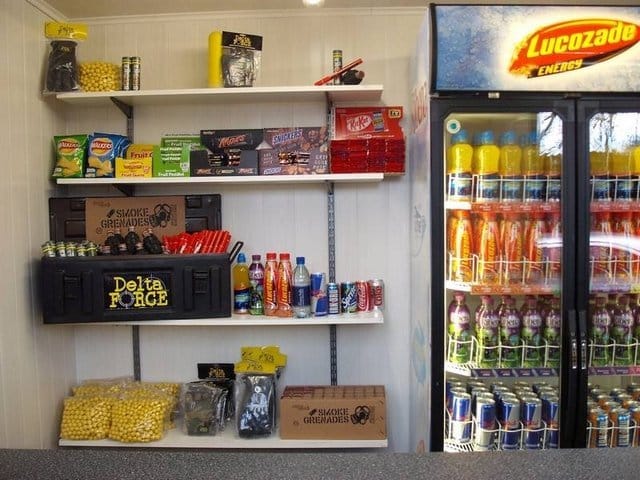 All Delta Force Paintball centres feature a fully equipped shop selling all sorts of good stuff.  The drinks are ice-cold too! 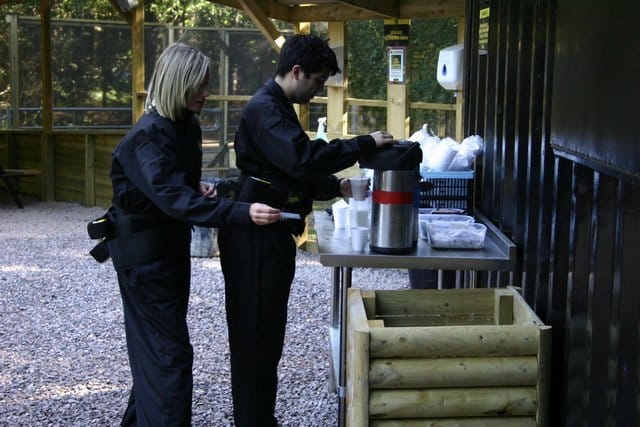 Tea and coffee is complimentary and available throughout the day.