The team at Delta Force Paintball were delighted to welcome Crystal Palace FC co-chairman Steve Parish to our Westerham Paintball Centre this weekend. The Eagles supremo was visiting with daughters Jessica and Izzy - the latter who was celebrating her 17th birthday. 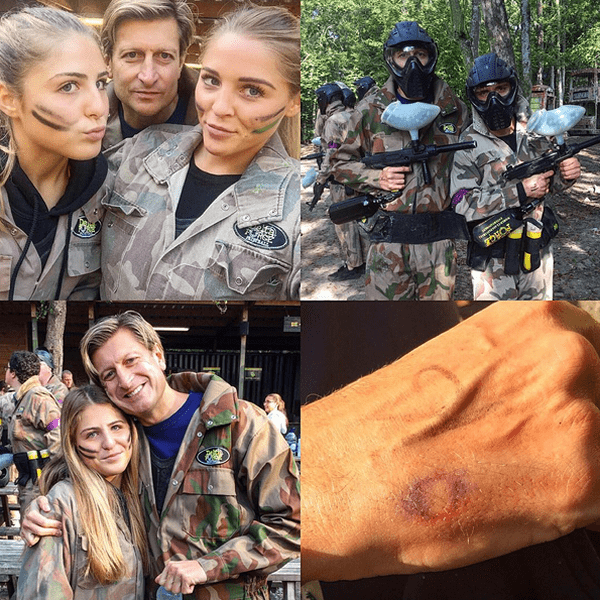 Decked out in Delta Force Paintball's state of the art combat suits, Team Parish looked the part as they took to the battlefield, and judging by Steve's tweet the group had a blast (even if Dad did have to take a sore one for the team)!

The day topped off a fantastic weekend for the Eagles chief, after his Palace side defeated West Bromwich Albion 2-0 on Saturday to move up to the heady heights of 4th in the Premier League.

The Westerham Paintball Centre is one of Delta Force's largest locations, with seven spectacular Hollywood inspired game zones, including Tomb Raider, Zombies' Crypt and the ever popular London Apocalypse. Based just off the M25 near Clacket Lane services, the centre is ideally located for visitors travelling from the surrounding areas of Croydon, Caterham and Oxted.

Would you like to play at one of our 32 UK paintball centres? Booking couldn't be easier! Simply call one of our friendly event coordinators on 0844 477 5115* Alternatively you can visit our booking page to request a callback.