Over the past few months, the Delta Force Paintball 101 series has covered all kinds of topics ranging from classic paintball tricks to stealth. Recently, we’ve had a few requests from customers over on our Delta Force facebook page asking our resident paintball experts at Delta Force HQ for some game specific tactics so we thought we'd oblige. This week we’re focusing on ‘Attack & Defend’ games; a paintball game in which one team occupies a structure (i.e. a Castle or a Fort) and has to defend it throughout the duration of the ten minute round. The opposing team’s objective is to attack the defending team’s position and either raise the flag or escort a ‘bomb’ into the structure before the round is up. 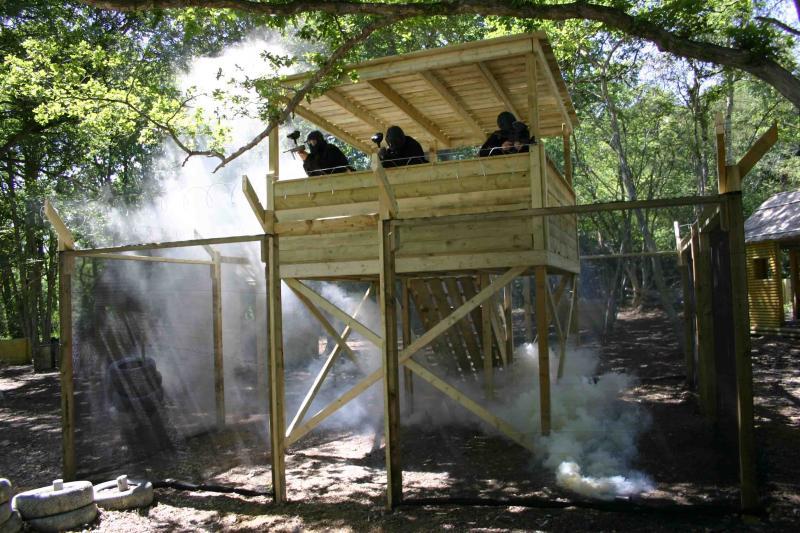 The aim of this article is to try to outline some useful tactics that can help you achieve victory in any kind of Attack & Defend paintball game:

Surround the enemy.
When the game begins, you and your team will more than likely be out of range of the enemy. Use this chance to surround the enemy’s position; get your team moving towards the objective from all directions and stay spaced apart to reduce the chance of becoming targeted.

Use decoys.
One commonly overlooked trick that can really help you achieve victory is to use decoys when making a run for the flag. The defending team will be watching out for attacking players making a run for the flag or escorting the bomb towards their position. When attacking in these games it can sometimes be extremely effective to use decoys – simply send out a few of the fastest members of your team in a few directions towards the enemy to distract them and draw their fire away from the real bomb or flag holder.

Keep up the covering fire.
In any Attack & Defend game, the defending team will always be holed up in some kind of defensive structure and won’t be allowed to leave the structure for at least the first five minutes of the game. This gives the defending team a limited number of positions to shoot from so be sure to keep their heads down at all times with a constant barrage of covering fire and your team will win the game before you know it.

Make use of the respawn rule.
In most Attack & Defend games, the attacking team will normally be allowed infinite ‘respawns’ for the first five minutes of the game or sometimes throughout the games entirety. Take advantage of this policy by taking risks, playing aggressively or by changing tactics every time you respawn. 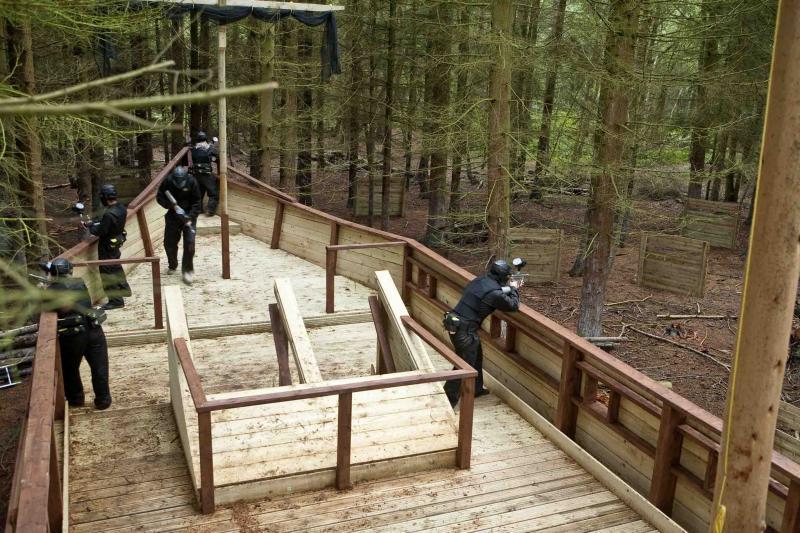 Get on the offensive.
In some Attack & Defend games, the defending team is allowed to leave the structure after the first five minutes of the game. In any situation, it’s always best to take advantage of this rule and get your team on the offensive as in some cases it makes the best defence.

Spread out.
The best way to maintain a solid defence is to spread your team throughout the length and breadth of the structure you’re defending. If you group together, the opposition will be able to pick you off a lot easier.

Although Attack & Defend games have always been a popular staple of the Delta Force experience, we also offer a wide variety of other paintball game types to keep the day’s action as varied and exciting as possible.