Another threat lurks out in the Delta Force game zones – a threat far greater than your opposition who seeks to destroy every human being in his path. The rogue cybernetic assassin, known only as the Terminator, is armed with two deadly BT4 Combat paintball markers and is known to wander through our game zones seeking a worthy foe… 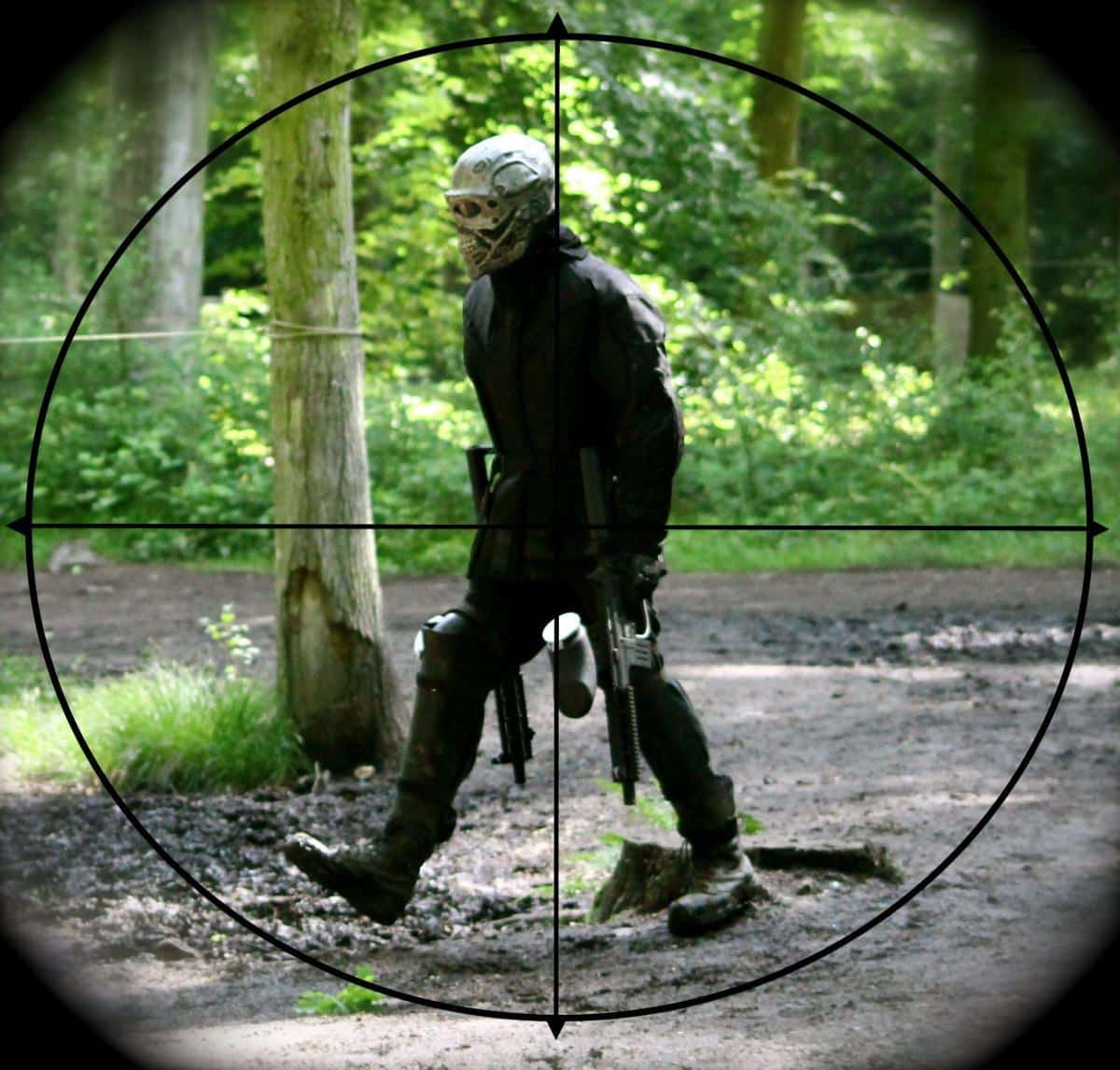 The Terminator can appear in any game at any time during the day and engage any player of his choosing in a gunfight, if the player accepts his challenge. If he spots you and wishes to engage in a gunfight he’ll raise his guns and point them in your direction. This gives you two choices – you can either ignore him and hope that he’ll find a new opponent or you can open fire and take on the Terminator in a one on one gun battle!

If he deems you a worthy opponent, he will surrender one of his markers to you for you to use for the remainder of the game. Although it might seem like a bit of a gamble, it’s the only way to get your hands on the Terminator’s awesome machine guns! The Terminator’s BT4 Combats are the real deal - .68 calibre, semi-automatic, lightweight frame with the ability to fire 13 paintballs per second! These markers can really give you the upper hand in any paintball game so the next time you play paintball at a Delta Force centre, keep an eye out for the Terminator! 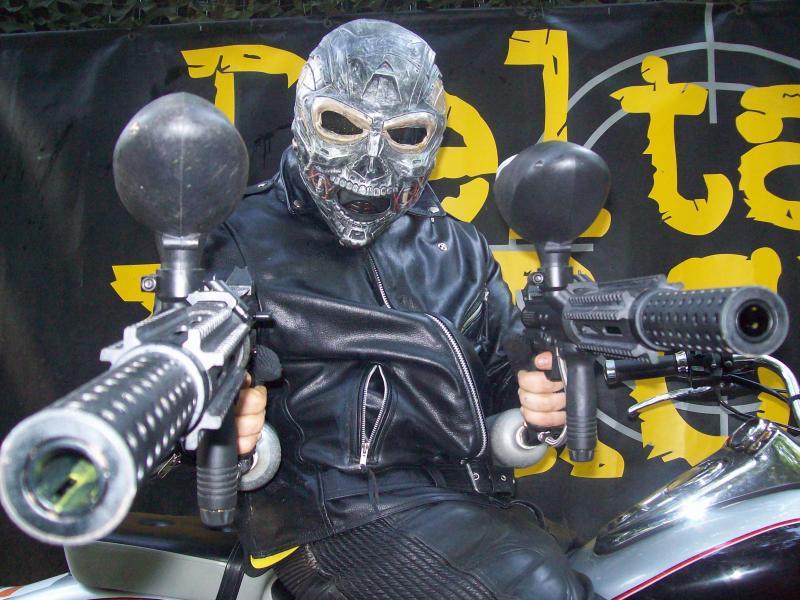 When you come down to the woods today, you’ll be in for a big surprise! Introducing Delta Force Paintball’s most feared recruit – our very own cybernetic paintball machine known only as The Terminator.

When he’s not updating our Facebook page or taking selfies (the days of Skynet are long behind him), this mass of wires and metal will be scouring our game zones, looking for the next foolhardy player who dares to challenges him! Or maybe he will decide to challenge you, and at the point he raises both his monstrous guns in your direction you quickly need to choose one of two options; get out of the way (difficult, being that he has two BT4 Combat semi-automatic markers) or earn the respect of everyone in the game and take him head on…

Deciding to take your chances and do battle with The Terminator is well worth the effort, because if he deems you a worthy opponent, he will surrender one of his markers to you for you to use for the remainder of the game. Although it might seem like a bit of a gamble, it’s the only way to get your hands on one of his awesome machine guns and these babies are something special - .68 calibre, semi-automatic, lightweight frame with the ability to fire 13 paintballs per second! 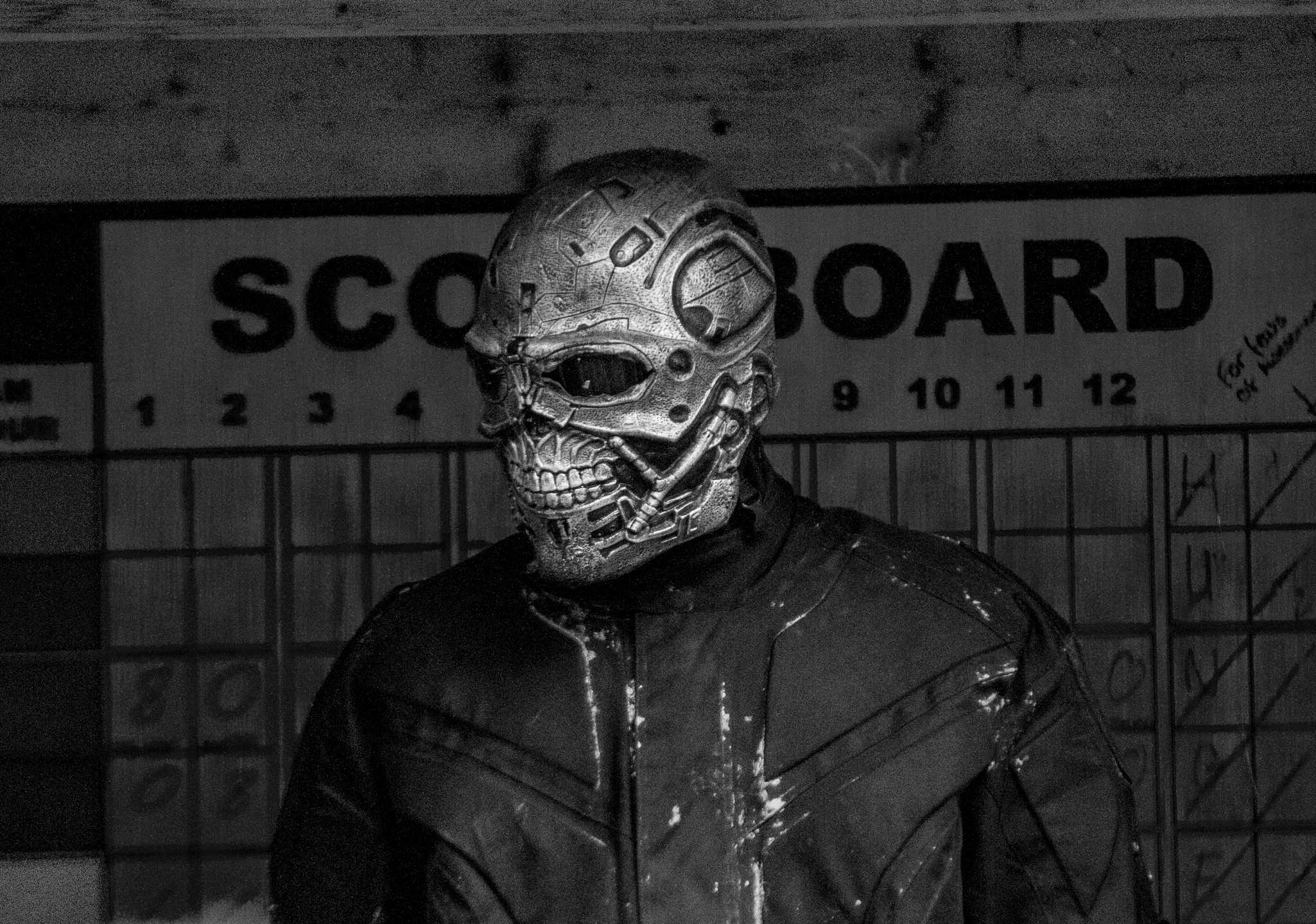 These markers can really give you the upper hand in any paintball game, making you and your team a force to be reckoned with. So the next time you’re happily eliminating the enemy and the ominous shape of the Delta Force Terminator comes into view, show him why you’re the Top Gun of the team!

The Terminator, exclusive to Delta Force Paintball, can be found at any one of our 32 national paintball centres. Expect to see our loveable machine introducing himself to the morning crowds before taking refuge in the woods to await your arrival. “Listen, and understand! That Terminator is out there! It can't be bargained with. It can't be reasoned with. It doesn't feel pity, or remorse, or fear. And it absolutely will not stop, ever” – Kyle Reese, The Terminator (1984)